The biography of Frank Fievez, based on an interview with him by And The Conductor Is, has recently been published on www.andtheconductoris.eu, the home of All Conductors of Eurovision. Frank Fievez conducted Belgium's Eurovision entry in 1992, 'Nous on veut des violons', performed by Morgane. 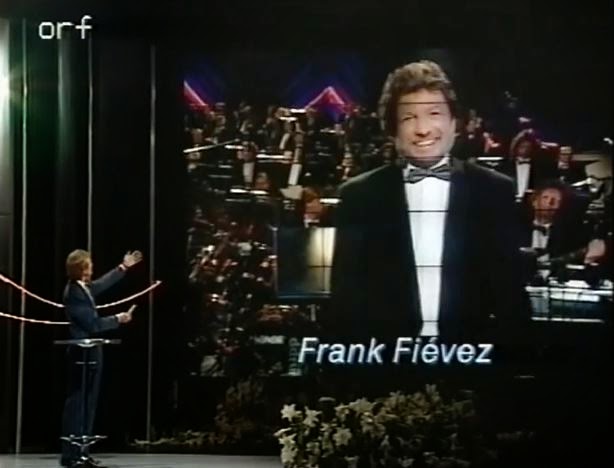 Franz ‘Frank’ Fievez was born in Wihéries, Belgium (1942). He was a childhood prodigy on the accordion and won several accordion festivals at a very young age. Later onwards, he switched to the piano. Though he worked as a school teacher for some time, his passion was always music. In 1968, Belgian superstar Adamo persuaded Fievez to give up his daytime job to become a fulltime musician. For almost twenty-five years, Fievez was Adamo's pianist and orchestra leader, accompanying him on tours across the globe. Notably, he wrote the string and brass parts for one of Adamo's biggest hits, 'C'est ma vie'. Meanwhile, Fievez worked as a session musician and conductor for TV shows. He composed hit songs such as ‘Aime moi’ for Claude Barzotti and wrote orchestrations for Claude Barzotti, Frank Michael, Christian Rineldi, and Maria Miel. Moreover, Fievez taught jazz music at the Saint-Ghislain and Baudour Music Academies for several decades before retiring in 2002.


Frank Fievez conducted the Belgian entry in the 1992 Eurovision Song Contest, ‘Nous on veut des violons’, composed by Claude Barzotti and arranged by Bernard Estardy. Fievez subsequently reworked the studio arrangement into a suitable live orchestration for the Eurovision orchestra. It was interpreted by young Morgane (Ingrid Simonis). In Malmö, this Belgian entry finished twentieth among twenty-three competing acts.

Read about Frank Fievez' Eurovision memories, as well as much more about his involvement with Adamo and Claude Barzotti by clicking:
http://www.andtheconductoris.eu/index.htm?http://www.eurovisionartists.nl/conductor/dir020.asp?ID=100