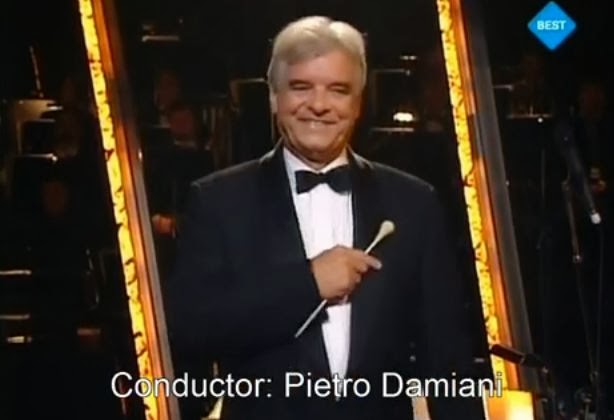 
Pietro Damiani (born in Manerbio, 1933) hails from the Northern Italian region of . He studied the clarinet at the Giuseppe Verdi Conservatory, (1948-1953), graduating ‘cum laude’. Later, first at the in , later again at the Verdi institute, he devoted himself to composition and instrumentation of wind band, and to choral music and choir direction. After having worked as a music teacher and conductor of different orchestras and choirs in his home region, he was appointed artistic director of the Civica Filarmonica Orchestra in , in 1968 – a fruitful collaboration, resulting in countless concerts and many recordings, which lasted for thirty years. Damiani's orchestra has time and again been recognized as Switzerland's best wind band by winning multiple editions of the Federal Music Festival. In ’77, Damiani, who worked as a teacher for over half a century, founded a music school in Lugano. Since 1998, he has been able to spend more time on composing.


In 1997, Pietro Damiani found himself in a world which was not his: that of popular music, or, to be more specific: Eurovision. He was asked to conduct the song ‘Dentro di me’, performed by Barbara Berta, which was selected as the Swiss entry for that year. He wrote the orchestration to the song at the request of its studio arranger, Fabio Ciboldi, a former trumpet player in his wind orchestra. In , Damiani could not help Barbara Berta to a respectable position: the song only received five points, finishing 22nd in a field of 25 competing entries.
Read more @ http://www.andtheconductoris.eu/index.htm?http://www.eurovisionartists.nl/conductor/dir020.asp?ID=68