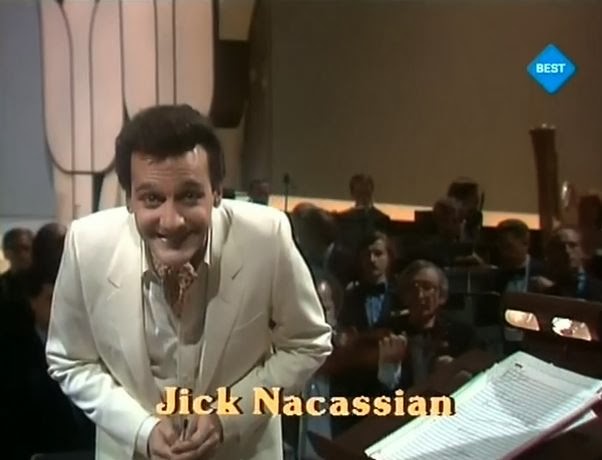 Studying privately with Costas Clavvas and later at the Ethniko Odeio Conservatory in Athens, Jick Nacassian (Χατζίκ ‘Τζίκ’ Νακασιάν, born in Athens 1951) got recognition as a musician by participating several times in the Salonica Festival as a songwriter in the mid-1970s. As a composer and arranger, he worked with most of Greece's most popular recording artist. Moreover, he worked as the musical director of several nightclubs in Athens and Salonica. As an arranger and conductor, he participated in sixteen editions of the Salonica Festival between 1975 and 1997. In 2011, he released his first solo record as a vocalist, 'Chronia asiderota'.

Jick Nacassian composed and arranged the song ‘Autostop’ (lyrics: Rony Sophou), which won the Greek Eurovision heats in 1980. It was sung by Anna Vissi, who, for the international final, was backed up by the runners-up from the national final, the group Epikouroi. Nacassian conducted the Metropole Orchestra in during the rendition of his own song, which came thirteenth among nineteen contestants. Due to the bad result and the negative energy involved in this Eurovision experience, Jick felt forced to leave Greece and try his luck in New York for several years. Nacassian never conducted a Eurovision orchestra again, but he conducted half of the songs in the 1988 Greek pre-selection and moreover participated in that same selection programme as an interpreter of his self-penned song 'Paratiro' in 1991.